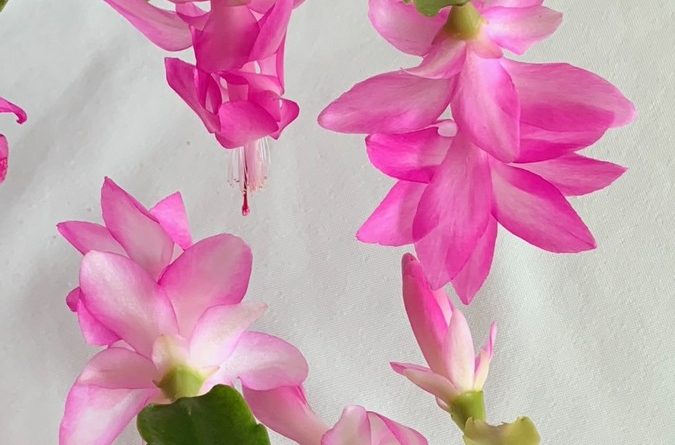 A comparison by Birgit Deiss of ‘Sonja’ (at the top) and ‘Frau Silber’ at the bottom. Note the resemblance, except that ‘Frau Silber’ has this nice white shining touch.

‘Frau Silber’ came as a family present from the Kölner area to Frau Silber, Martin Silber’s mother, in the 1970s. Ms. Silber cared for this cactus for many years. Her son Martin Silber moved to Portugal and took the plant, which had grown tall in the meantime, with him and continued to care for it in his local nursery. ‘Frau Silber’ proved to be very robust in the southern climate, withstood light frosty nights (unheated greenhouses) as well as the high temperatures that prevailed during the day. When Martin Silber returned to Germany and could no longer care for the plant himself, he gave it to the Uhlig nursery so that this robust variety could survive. Mr. Silber named the plant ‘Frau Silber’ in honor of his mother. The origin is not clear. Martin Silber reported that in the 1970s the company Königer, Aalen, was very active throughout Germany and also in the Benelux countries, including the Kölner area, but at that time there was already competition from Denmark and the Netherlands. Martin Silber thinks that the plant was probably grown by the Königer Company.