When hybridizing, there is always the choice what to use as the mother (pod parent) and which one to use as the father (pollen parent).

For about half of the hybrids in the list we do know the mother and father used, for the other half the parents are unknown.

The most popular mother plants we know off are:

The first one in the list is Schlumbergera truncata var. delicata. This white flowering botanic species was one of the first available.
The most popular father plants we know off are:

Again we see a white flowering hybrid high on the list. The white seems to be an appealing color around Christmas time. 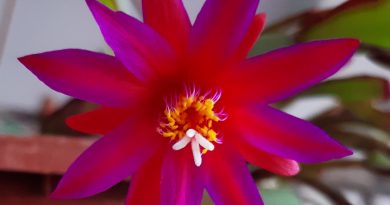 Some new Schlumbergera and Rhipsalidopsis hybrids

Some changes and new options June 2021